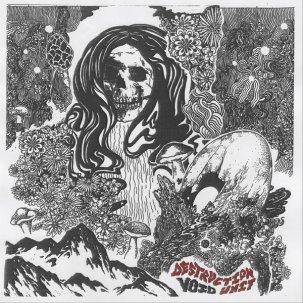 VOID&hellip; existing for reasons that need no explanation.?! DESTRUCTION UNIT&hellip; audible vortex of voracious appetites for filling the former beyond brimming.?! Vociferously vomitous yet sonically satisfying and...?! beyond indeed.?! These few in the desert do dwell while even fewer will there ever do well.?! Cacti, snakes, mountains and mesas may not speak, but predators still prey upon the weak.?! As for this album the human ear a hungry freak shall feast.?! For those unfamiliar; Destruction Unit's history dates back more than a decade with founding member RYAN ROUSSEAU, previously of THE REATARDS, THE WONGS and TOKYO ELECTRON.?! Originally formed with JAY REATARD and ALICJA TROUTt, DU exhibited heavily the so-called 'punk' aggression that has in later years developed a more monstrous, psychedelic feel.?! The unit's output morphed by the collective inputs of RUSTY ROUSSEAU, ANDREW FLORES, NICK NAPP and JES AURELIUS.?! 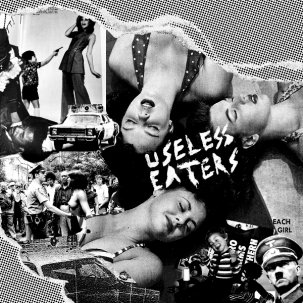 ***“So, do you think you’ve got the moves?! More moves than a sharecropper?! Not yet, you don’t!  Jolly Dream brings you this swarthy slab of Nashville punk from USELESS EATERS—our second offering to gods unknown.?! Four songs in a heartbeat’s time of a pilled-out puke with a penchant for rough shit at a fast clip and a minute to live.  ‘Overselling,’ you say?! With any other label you'll likely overpay for an inferior disc, a band that lisps, limp wrists and songs that aren't hits. ’The Moves,’ ‘American Car,’ ‘Plague is Vague,’ and ‘Proper Conduct.’ Seth Sutton, sucker!” Edition of 400 copies on white vinyl with gluepocket jackets..?! 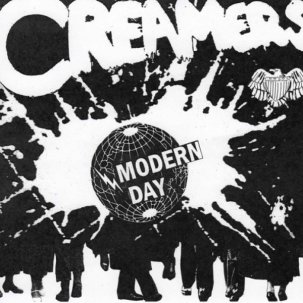 ***A straight-forward, pissed-off snot rocket fired off from a garage haunted by brats weaned on early Black Flag and Slaughter & The Dogs.?! “Modern Day,” the debut 7-inch from Austin TX CREAMERS, exhumes the dumbed down innocence of Killed By Death.?! This easily steals you back to the point before punk rock got PC and started trying to justify its own angst.?! The brutality comes from the attitude and not the tempo.?! Limited to 500 copies on white vinyl.?! Housed in cardstock sleeves..?!