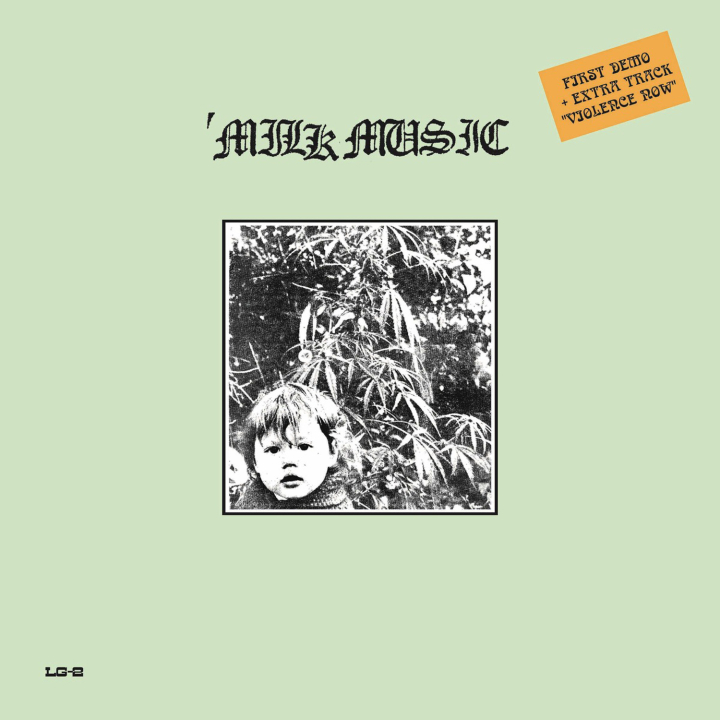 Milk Music was conceived in the late aughts as brothers Alex Coxen (guitar, vocals) and Joe Rutter (drums) drove around the Northwest jamming on tunes in a shitty old Volvo. Inspired by music that their friends were making, the young brothers rented a space, enlisted first bass player Eric Yates, and wrote the songs on this record. Side A begins with the blistering “Nervous Wreck”—in and out of tune at the same time, fast but somehow feels slow—totally fucked. “Beluga” conjures a deranged image of a mystery whale, as the listener imagines the brothers as Ishmael and Queequeg leaving their hometown of Port Townsend, WA behind on their epic coming-of-age hunt for revenge and white blubber. “No Life” finds this newly hatched band laying down the mood and sonic foundation that would define them up to this present day. “Ripped” ends side A with racing, lysergic skate-rat rambling over a thumping mudslide of scuzz. Side B begins with “Pipeline,” an absolutely massive, almost unbearable eight minute bong-toke of a song. Bonus crucial early track “Violence Now” wraps it up with a brutal sonic speed-bag to the groin, leaving the listener reeling and dazed, coughing in a fog of their own crotch smoke. Recorded by Sam Stabler (Sex Vid) in the practice space in 2009 and mastered in 2022 by Randy Randall. On two hundred gram vinyl with a sturdy tip-on sleeve for one’s consideration. Includes a poster. 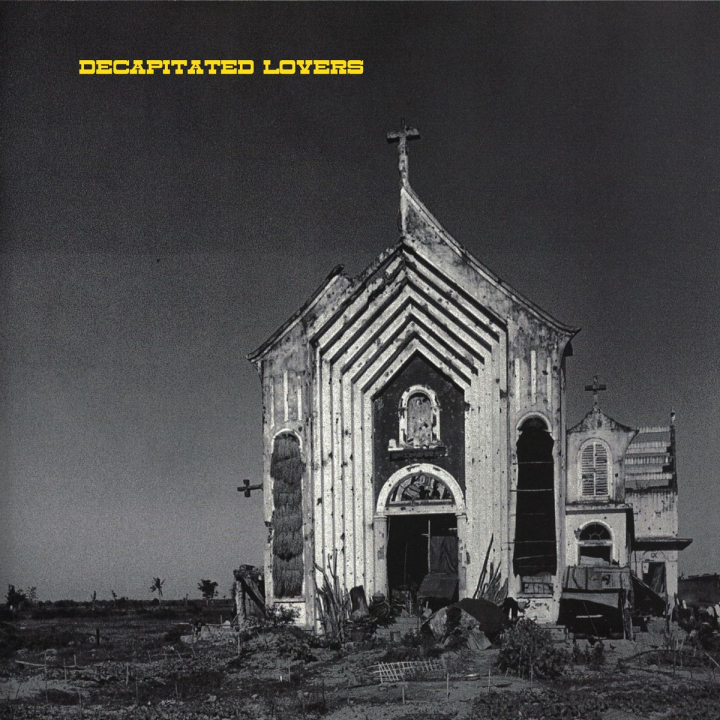 Decapitated Lovers was a short lived Washington D.C. side project from the late 1990’s that featured Myra Power (Slant 6) on guitar and shirtless local she-thug Speck Brown on drums, along with Aaron Montaigne (Heroin, Antioch Arrow), Andy Coronado (Monorchid), and the elusive North Carolina prop-comic Paul Swanson aka “Carrot-Bottom” (In/Humanity) who each took turns filling various duties within the group. The band never practiced all together at the same time and played only once at a not-so-legendary birthday party for Allison Wolfe in her urine soaked living room sometime in 1998. Recorded under forgotten circumstances, the demo has been fermenting patiently for 25 years on a dubbed-over copy of Fidelity Jones’s 1989 masterpiece “Piltdown Lad”. Unearthed by the band after a quarter century, LG Records is proud as can be to present this lost “gem” on a 200 gram one-sided 45 RPM 12” vinyl pressing housed in a sturdy tip-on style cardboard jacket and printed inner sleeve. The rediscovery of the Decapitated Lovers’ hard-core demonic cranium-crushing yet easy going sound will finally legitimize the historically overlooked and underrepresented DC punk scene on the grand musical chessboard and put the city on the map once and for all. Perchance.