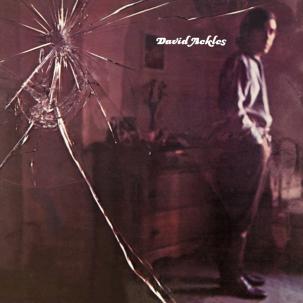 David Ackles’s eponymous 1968 debut is a rich emotional experience rife with poignant balladry and evocative lyricism.?! The era’s market was unprepared for such a singular songwriter, but the cult of Ackles is a potent force and this reissue obliges its demands.?! Elton John, Bernie Taupin and Elvis Costello are Ackles acolytes—the latter even championed him as “perhaps the greatest unheralded songwriter of the late ’60s.” As a staff songwriter for Elektra and avid composer for theatre and film, Ackles developed a maverick style.?! Indeed, David Ackles materialized when Elektra couldn’t imagine a singer more suitable for the material than its composer.&nbsp;David Ackles boasts wonderfully restrained arrangements that only enhance its power.?! The widely covered opening track “The Road to Cairo” features Ackles at the pinnacle of his emotive ability.?!