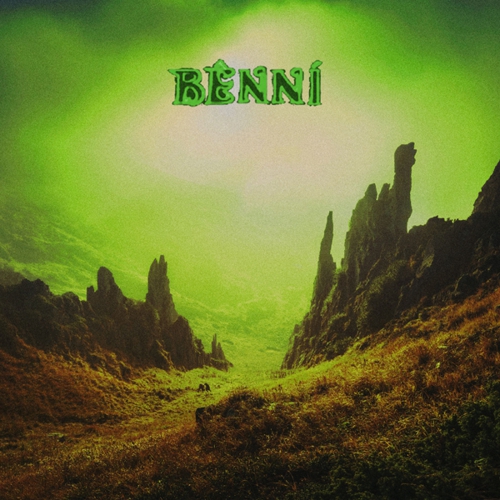 Benny Divine’s impressive musical CV includes quantities such as The Gary Wrong Group, Wizzard Sleeve and Nashville’s prolific purveyor’s of Foghat-pop, Natural Child, but it was just a short year ago that Goner gave wide release to the Bênní debut album, I & II, which launched the new sub-genre we now know as “Hi-NRG New Age” and had its creator casually glancing over his shoulder for the rumored mobs of outraged Skyfax, Mannheim Steamroller and Windham Hill Records loyalists that could never quite catch up to his live performances, as they were not listed in back issues of TV Guide and Reader’s Digest: Large Print Editions.?! Whereas I & II was, as its title explicitly implicates, the combination of two previously-released cassettes, The Return is a nine-track song-cycle composed for the full-length format.?! 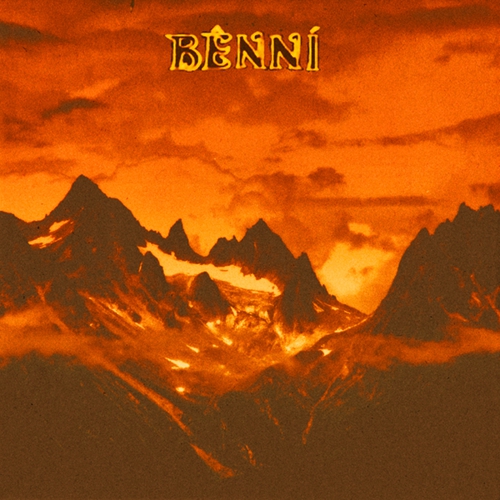 Hailing from an H Class planet far across the cosmic highways, Bênní makes “hi-NRG New Age” music.?! A pivotal member of bands Wizzard Sleeve / Gary Wrong Group, Heavy Lids, Roman Gabriel Todd’s Beast Rising Up Out Of The Sea, and many more, Bênní was born from Benny Divine’s personal need for new music to listen to while driving his space craft long distances.?! Tired of Van Halen’s 5150 and Zebra’s self-titled album on his journeys, he began creating sci-fi landscapes and ethereal soundtracks of his own.?! Often times primitive, the music can go from Vangelis to John Carpenter, to ’80s dungeon electro band Warning and into vintage arcade game circuitry within the blink of an eye. “The thing to me that has always kinda set the Memphis / New Orleans punk scenes apart from other places is that music and musicianship always outweighs high concept or the typical sneering “fuck you” attitude of other places.?!