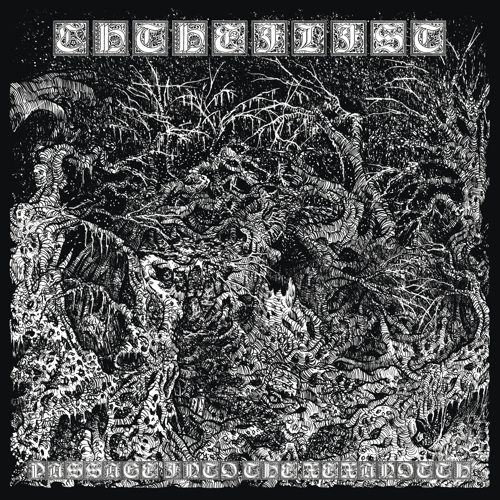 The new Chthe’ilist EP Passage Into The Xexanotth is a two-song EP to be released on 7-inch vinyl and digitally and marks the second 7-inch released by Profound Lore Records. It consists of the title track which is a new Chthe’ilist unreleased track that has its origins even before the Le Dernier Crepuscule sessions, the Chthe’ilist debut album that made a huge impact on the death metal scene in 2016, resulting in one of 2016’s most praised death metal monuments. The EP also consists of a cover of cult Swedish death metal band Crematory’s "Beneath The Crypts.”