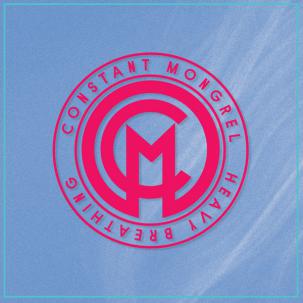 Constant Mongrel’s debut Everything Went Wrong (co-released by RIP Society and 80/81 Records) made every Best Of 2012 list worth its salt. And why not? Combining tempered aggro, churning rhythms and dead-on percussive splat, their rookie effort shows a band on the cusp of break out. And on Heavy Breathing, Constant Mongrel pulverizes the door into dust, so parents take heed: lock up your sons ’n’ daughters! Beginning with the jarringly great “Complete,” this is this post-punk art damage that spares no one, not even themselves. With eight tracks that smolder, crackle and snap, Heavy Breathing is yet another plumed feather in Constant Mongrel’s cap, sitting them—in terms of magnitude and diversity—alongside fellow Aussie gristle slingers such as X, Babeez and Seems Twice. Heavy Breathing is sure to be another top corker for 2013. And beyond.