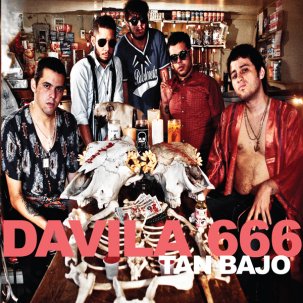 VINYL INCLUDES FREE DOWNLOAD COUPON!!! Hailing from San Juan, Puerto Rico, Davila 666 plays fierce Spanish-language garage-pop with gang vocals, tambourines, pop hooks, guitar licks and even a touch of psych here and there. Elements of early Stones, Jesus and the Mary Chain, Dead Boys and ’60s girl groups are all evident in Davila’s sound. Since their 2008 self-titled debut album, they’ve released a slew of singles and EPs on labels like HoZac, Rob’s House and Douchemaster. The album even received a coveted cassette release on Burger, a garage rock signal that “they’ve arrived” if ever there was one. Davila 666 toured the US on a mammoth three-month trek that would’ve made Black Flag weary, as well as completed a massive slog across Europe. As soon as they began recording tracks for their much anticipated follow-up, Tan Bajo, which means “so low,” the band realized the sounds they were making were darker and more psychedelic than their previous output. Though it retains the pop and rock ’n’ roll one would expect, Tan Bajo is Davila 666’s most cohesive release to date. With a team that includes In The Red, Creature Booking, Force Field PR and Vice management backing them, these Puerto Ricans are poised to turn the indie rock world on its ear. “... one of the best bands at SXSW. Period.” —The Fader “This six-man combo generates a monolithic wall of sound, and if this isn’t as frantic as some of their contemporaries in the United States, Davila 666’s... 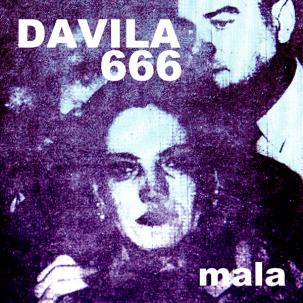 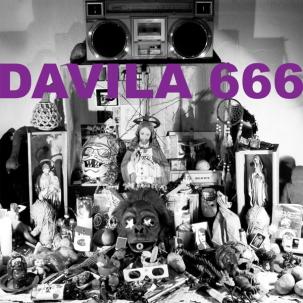 Hailing from San Juan, Puerto Rico, Davila 666 is one of the biggest rock 'n' roll attractions in the country. Over the past two years, they have amassed a large local following and their shows have a reputation as must-see spectaculars. A Davila 666 set functions almost like a theatrical event, as the band presents a thematic environment in which viewers are called to interact with props and exotic dancers. According to singer Carlitos, "Davila is a living homage to the sex, drugs, and good times of rock 'n' roll we all idolize." Their sound is the combination of obvious rock 'n' roll classics like the Stones, Stooges, Velvets, and Dolls, along with less likely influences such as Mazzy Star, Li'l Wayne, and Plan B. "We are like Menudo (the group--not the soup) on lots of drugs," says Carlitos.  Davila 666, whose name combines references to a notorious Bayomon city slum with the number of the beast, recently toured the West Coast, where they made fans in every town they played and alliances with like-minded bands such as The Spits, Black Lips, and The King Khan & BBQ Show. All of their songs are sung in their native Spanish but that doesn't stop English-speaking audiences from dancing on tables and going crazy at their shows.  Davila 666 is smart, sarcastic, and aggressive--as all young bands should be.