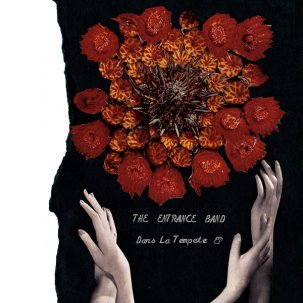 “Anybody seen a knight pass this way I saw him playing chess with Death yesterday His crusade was a search for God and they say It’s been a long way to carry on”  These lyrics could easily summarize the life and times of The Entrance Band: evolving, building and destroying with each live performance and release. Still water is death, constant progression is the only wave to ride upon.  Guy Blakeslee, Paz Lenchantin and Derek James are a diverse trio merging the freak-outs of the rock underground with a universal melody and groove that keeps their musical vessel set on the path of exploration—arrival and departure are the same in this galaxy. The purely original sound of these three artists playing together is not limited to popular scenes, styles or sonics. The Entrance Band feeds on the kind of psychedelic blues rituals, tribal funk hypnosis and space punk telepathy that Kurt, Jimi, Fela and Arthur Lee jam to up in the cosmos as they look down to see where the deep roots of their psychedelic tree has spread. Dans La Tempete marks The Entrance Band’s second release for Spiritual Pajamas following last year’s instrumental Fine Flow EP, and features soon-to-be classic covers: Peter Green-era Fleetwood Mac’s “The Green Manalishi (With the Two Prong Crown)” and Scott Walker’s “The Seventh Seal.” Three Entrance Band originals show the way forward. The garage howl of “Back in the City,” the spiritual storm of “Le Manque” and the sublime groove of instrumental “Mellow Fantastic” anticipate tomorrow’s journeys, eagerly... 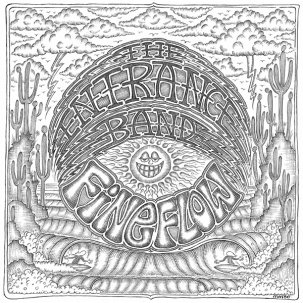 As The Entrance Band approaches a decade of creative activity, its three musicians swiftly and freely charge forward like a carved, finely etched stream… a “Fine Flow,” if you will. Their  most recent release showcases the well-rehearsed trio in their finest and most diverse form yet on four instrumental tracks clocking in at 34 minutes. Together, Paz Lenchantin, Derek James and Guy Blakeslee put forth a thousand points of light that leave the listener blinded in burning bliss. Commander (and producer) Farmer Dave Scher steers The Entrance Band ship on their latest expedition in a career that never rests on the waves of popular culture. The trio maps its own stargazing charts, and these four songs serve as a hitchhikers guide to their unexplored but still familiar universe. Each track on Fine Flow is a journey, ranging from the controlled urgency of the title track to the meandering exploration of “Summertime,” with its layers of guitar that seem to stop time in a steam of pure but subtle heat. “In the Key of Sea” floats until the wave that carries it crests and breaks; “Hands in the Shape of a Wave” introduces a deft, measured saxophone to illicit its watery and glistering tone. Together these four sublime tracks are the soundtrack of both escape and possibility.  The Entrance Band is not interested in repetition. They revel in discovery, and this limited-edition Spiritual Pajamas 12-inch will leave you surfing “The Key of Sea” for many, many waves to come.