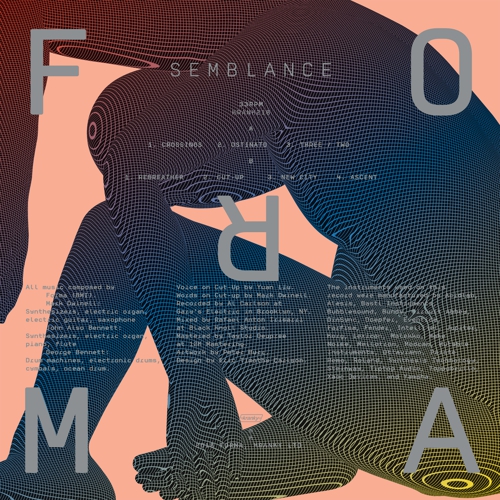 Brooklyn trio Forma’s latest album continues their mission to “broaden the idea of what an electronic music ensemble can sound like.” Semblance emerged from exploratory sessions at The Schoolhouse, the Bushwick loft where members Mark Dwinell and John Also Bennett live, then was tracked at Gary’s Electric studios, where their previous album Physicalist was also recorded. Inspired by polyrhythmic composition, the human voice, and conceptual improvisation strategies, the songs are striking in their textural detail and emotional nuance, alternately synthetic and sentient, futuristic and intuitive. Incorporating flute, piano, guitar, saxophone, acoustic drums and cymbals alongside an array of synthesizers, the record persuasively demonstrates the group’s unique playing abilities and fluid chemistry—attributes they credit to “techniques we’ve developed to trick our electronic machines into mimicking the spontaneous character of live instruments.” Members George Bennett and John Also Bennett also cite as an influence their recent stint in minimalist composer Jon Gibson’s ensemble, performing his 1973 proto-ambient masterwork Visitations. The long-form modal piece requires restraint and deep listening to execute, qualities especially apparent in the more muted moments of this album, such as “Rebreather” and “New City.” The group states the intent of the new album as “to be more direct and exacting”, which it is. Over half a decade spent writing and recording together has distilled the band’s hybrid electro-acoustic interplay into an attuned and astounding language, capable of articulating impossible symmetries and reflective states. The stunning visuals of the artwork are by frequent collaborator Peter Burr. 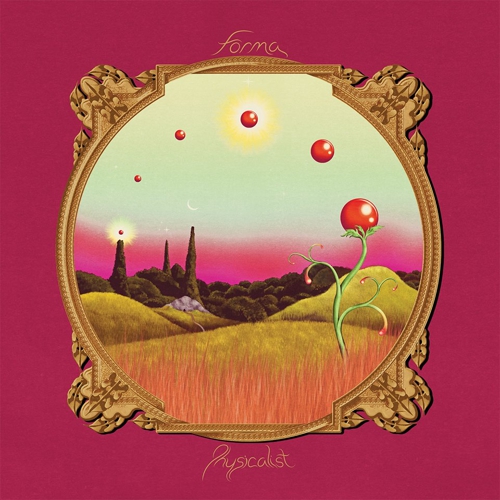 ***Physicalist is the third album from New York City synthesis trio FORMA. Since their acclaimed sel-ftitled debut in 2011, Forma have been perfecting a distinctive style of improvised kosmische and minimalism that blends swirling arpeggios, ambient soundscapes, and driving motorik beats. Physicalist is a sprawling, double LP journey featuring new member and multi-instrumentalist JOHN ALSO BENNETT, who replaced Sophie Lam in 2014. The first Forma album to include acoustic instrumentation, Physicalist owes more to American composers like Harold Budd or Terry Riley than Klaus Schulze and other Krautrock visionaries. The album was recorded during marathon sessions at Brooklyn’s Gary’s Electric studio, and is packaged in a gatefold jacket with original artwork by ROBERT BEATTY and a liner notes essay by writer and critic MICHAEL BARRON. Physicalist was mastered by BOB WESTON.