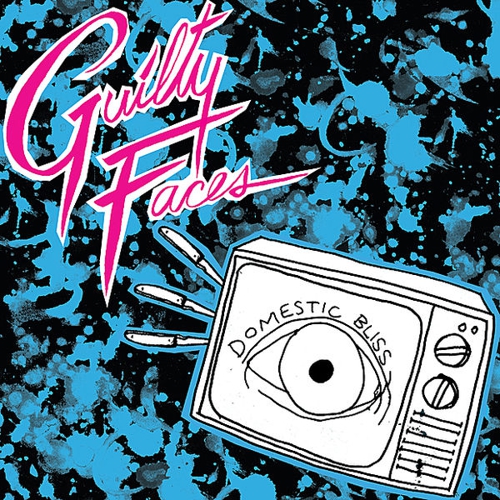 After a well-received 7”, a lineup change, countless wasted nights, girl problems, spilled beers, cheap highs and the occasional tour, Guilty Faces return with their debut LP “Domestic Bliss”. A mix of early 80’s hardcore punk with the driving force of the Adolescents, Circle Jerks, Black Flag and Minor Threat, as well as the fervent melody of bands like The Replacements, Husker Du, and The Wipers, the band offer up ten songs about the joys of ruining yourself/life and the perils that follow. Snotty and poignant lyrics, hard and tuneful riffs and a great recording from Ryan Abbott (Social Circkle/Side Two Studios) make this LP a definite must for fans of hardcore punk and depraved personalities of all sorts.