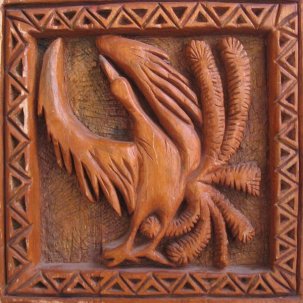 Southern Illinois native Zac Nelson is a drummer, and knowing that you should also know that he is a madman. One of the few known photos of him looks like a cult leader or someone who might know a thing or two about eating diamonds. While he is a current member of Who's Your Favorite Son God and Prints, Hexlove is Nelson all by himself going nuts.  Nelson's enthusiastic mania is not just in the realm of Keith Moon-ness but as a multi-instrumentalist who channels Dennis Wilson, Neil Michael Haggerty, and post-Vision Creation Newsun Boredoms, and combine it all and play it off like it was mixed by Tod Dockstader. No one is ever going to think you should listen to Knew Abloom on nitrous because it already sounds like it's on nitrous. Simply put, Hexlove is unlike anything and sounds exactly like right now should.