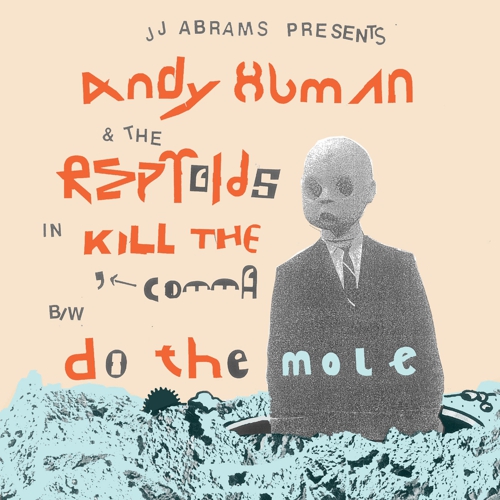 Kill The Comma / Do The Mole

***Bay Area veteran ANDY HUMAN has been a mainstay in the DIY punk community over the past few years.?! An accomplished and extremely productive musician, Andy Human has sharpened his pop-chops as a member of critically acclaimed bands such as THE WORLD, RAZZ, BEATNIKS, THE CUTZ, THE TIME FLYS and LENZ.?! THE REPTOIDS provide Andy the space to excel within a KBD-punk framework, with his vibrant take on R’n’R, (with a little bit of weird thrown in to keep you on your toes).?! Recent Andy Human and the Reptoids singles have appeared, (this year), on the acclaimed punk labels Goodbye Boozy and Total Punk.?! Emotional Response is excited and proud to release this dazzling 7-inch.?! Reverse board print, limited 500 with download and postcard..?! 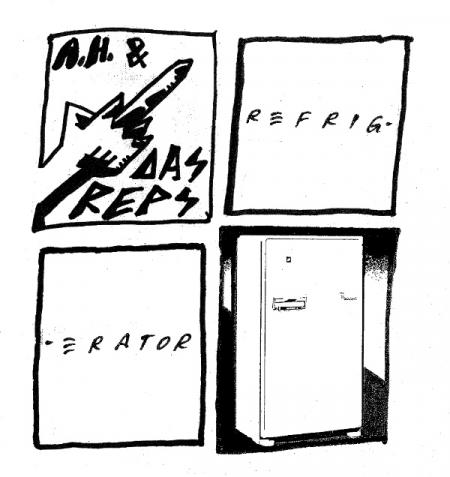 ***From THE CUTS to TIME FLYS, BUZZER, LENZ and now THE WORLD and ANDY HUMAN AND THE REPTOIDS, ANDY JORDAN has had his hands in much of my favorite Bay Area music over the last 17 years.?! I don't think there is a track I played more DJing last year then "Sarcastic" off of the Reptoids 2016 7" on Goodbye Boozy.?! So it with much pride that Total Punk gives you two brand new tracks from Andy and his Reps.?! A bit streamlined (no sax) but still with all the glitter and grease you've come to expect from your reptile rock.?! Glammy bouncy punk jams from outer spaces biggest hitmaker.?! They pack a hell of a wallop and are 100% TOTAL PUNK!.?! 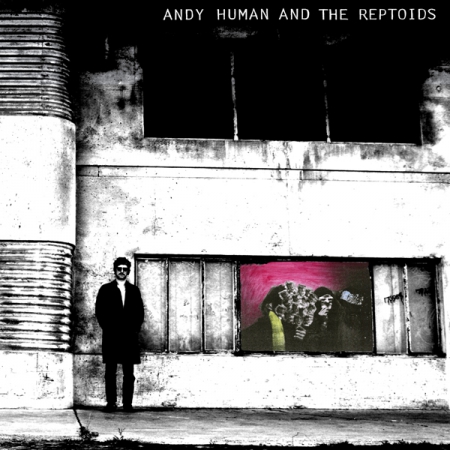 Andy Human And The Reptoids

In an era when artists do little more than tweak their influences, Andy Human and the Reptoids take the past, hint at the future, and turn it all into the now.?! With punk energy, a new wave sense of economy, and the tap of power pop, these guys fold in Roxy Music, Devo (both the art and the pop sides), early Eno and Pere Ubu, while making sounds that are very much their own.?! Raven Sings the Blues has called Andy Human “...a wobble of weird that makes the candy coating delightfully astringent...?! digesting Devo and Gary Numan through a faded VHS glam punk hangover and knocking the results crisply out of stacked speakers.” Andy Human and the Reptoids’ debut contains eleven songs, each one a sonic worm that will burrow into your brain and turn you into a Reptoid-humming zombie.?! Play side one forever, that’s OK; when it is worn out, you have side two to obsess over.?! Or keep flipping the thing over until you get carpel tunnel syndrome.?!