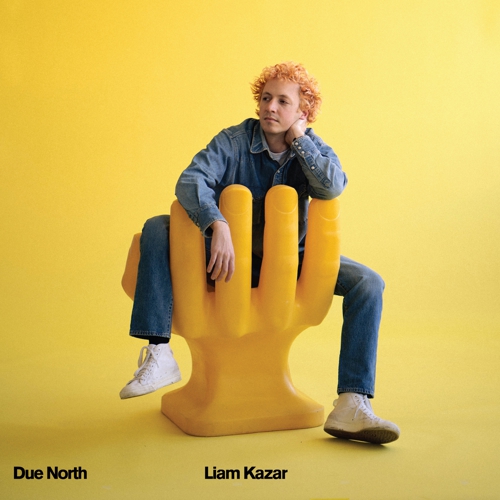 Liam Kazar makes joyful rock songs so irresistible they feel timeless.?! Just ask Jeff Tweedy.?! “I love everything about Liam.?! His voice, his songs, the way he plays instruments, his smile, his cooking...?! Everything,” says Tweedy.?! ”Whenever I hear one of his songs for the first time I almost immediately start thinking to myself, ‘oh yeah! This song! I love this song.’ It’s a magic trick very few people can pull off: making something brand new sound like a cherished memory.” But on Kazar’s debut album Due North, out via Woodist and Mare Records, the album’s ten tracks are full of so much charm, wit, and heart it can’t be a sleight of hand.The Kansas City-based, Chicago-raised musician and acclaimed chef / founder of the Armenian pop-up restaurant Isfahan, describes the making of Due North as a personal revelation, where the more he wrote the more his songs showed what kind of artist he’s always wanted to be.?!