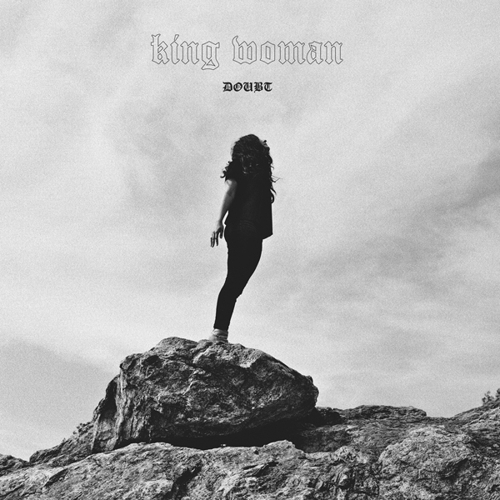 King Woman is fronted by former Whirr vocalist Kristina Esfandiari. The group’s debut 12-inch Doubt unfurls lugubriously, blossoming into a haunting sprawl of crushing, slo-mo miserablism. Imagine some twisted fusion of PJ Harvey, Sunn 0))) and Black Sabbath. Churning washes of crumbling distortion and tar-pit riffage drift grimly through billowing clouds of dense, layered thrum; roiling backdrops for Esfandiari’s throaty, bewitching vocals. The sonic heft is matched by lyrical themes of family and religious abuse, and the suffering borne of both.  Esfandiari originally formed King Woman back in 2009, but the band took a backseat to her other projects Miserable and Whirr (with whom she played from 2012 to 2013). Doubt is a follow-up to previous EP releases Dove / Fond Affections (The Native Sound) and Degrida / Sick Bed (Sleep Genius). First pressing limited to 500 copies!  “… both a classical approach to composition and a modern narrative of expressing sadness through slow-sinking quicksand.” —Impose