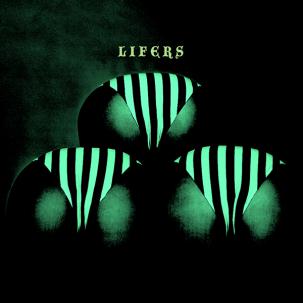 'Living With Damp' is the first release by John Arthur Webb (Male Bonding) under the Lifers moniker.?! 'Guns', which features Dee Dee (Dum Dum Girls), charts one man's confusion and embarrassment when he realises that murder is illegal , even though gun ownership isn't.?! With Webb and Dee Dee both swallowed by claustrophobic downer guitars, the song builds to a thrilling, homicidal end.?! 'Fear Without A Form' see Webb exploring the studio with looped instrumentation framing what sounds like a stalker's paranoia.?! 'Humdrum' is the tale of two young lovers who bury their town's joker, and ultimately each other, in snow covered woodlands in the shit hole where they live.?! The song takes Webb further from his roots in noise and punk groups and is all the better for it, a lush track full of hooks and melodrama not unlike a Cocteau Twins classic.?!