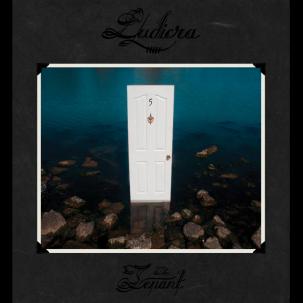 For the better part of the decade, San Francisco's Ludicra has cultivated a well-deserved reputation as one of the finest and most forward-thinking bands in the contemporary underground metal scene. They were one of the first inspired by the second wave of Norwegian black metal to fuse that sound with punk, traditional metal, and neo-folk elements, and alongside the now-legendary Weakling, they put Bay Area metal back on the map as a hotbed of artistic fervor. The band is comprised of experienced musicians who have traveled the underground for years: John Cobbett (Hammers of Misfortune), Ross Sewage (Impaled, Ghoul), Aesop Dekker (Agalloch), Laurie Shanaman (Queen Cobra), and Christy Cather. The Tenant, their fourth album, finds Ludicra at the height of their musical prowess. Possibly their most metal-sounding release yet (thanks in no small part to some infectious Metallica-esque dual guitar harmonics), the record also features a strong progressive edge reminiscent of 2006's Fex Urbis Lex Orbis--not to mention a return of the raw, punk-inflected black metal vibe with which the band first made their name. It is bound to be one of the most memorable releases of 2010. 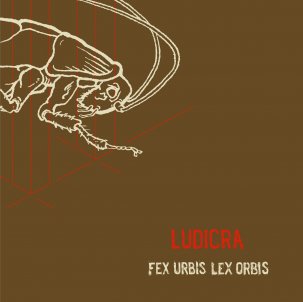 LUDICRA takes the title of their second Alternative Tentacles release Fex Urbis, Lex Orbis--the Latin phrase meaning "dregs of the city, law of the earth"--from Victor Hugo's Les Miserables. While the pop culture machine managed to make a hit Broadway musical out of it, LUDICRA's emotional and seemingly humanistic approach to black metal seems strangely more faithful to Hugo's vision. Musically, everyone seems to agree that LUDICRA is a one-of-a-kind band: their complex instrumentation and untraditional songwriting transcend the typical bounds of black metal (like fellow SF black metal hordes LEVIATHAN, DRAUGAR, WEAKLING, etc.), incorporating elements of crust, avant-rock and death metal. Fex Urbis, Lex Orbis builds upon their previous release Another Great Love Song (Virus 321), continuing with the musical motifs of corrosive urban decay filled with despair and nihilism. With an ever-expanding fanbase straddling many scenes and a groundswell of critical acclaim from key publications, LUDICRA's Fex Urbis, Lex Orbis is sure to be one of the highlights of 2006 and continues an Alternative Tentacles tradition of releasing the best in progressive heavy sounds (ie. NEUROSIS, ZENI GEVA, COMETS ON FIRE, SKARP, etc).

What better way to “celebrate” another absurd election season than for AT to release its first black metal album! LUDICRA’S style is raw, primal, dissonant and ugly and sets itself apart by incorporating untraditional songwriting and elements of avant-rock, crust and death metal. LUDICRA’S appeal goes beyond black metal’s confines focusing on harsh reality and apocalyptic atmospheres instead of mindless devilry, recalling brutal voices of AT’s past like LOGICAL NONSENSE, DEAD & GONE and NEUROSIS. After one highly-regarded album, Hollow Psalms, on Life is Abuse Records (DYSTOPIA, TARANTULA HAWK, YETI), LUDICRA has joined the consistently eclectic AT roster for its second album Another Great Love Song. LUDICRA’S version of blackness is akin to the rawness of bands like DARKTHRONE or old MAYHEM, while pushing the genre’s confines with songs that are “complex, moody, darkly psychedelic, and ‘post-rocky’” (Aquarius Records). With the infamous Billy Anderson (NEUROSIS, DEAD & GONE, LOGICAL NONSENSE, MELVINS) handling production, LUDICRA have produced possibly the best and most forward-thinking U.S. black metal album ever.