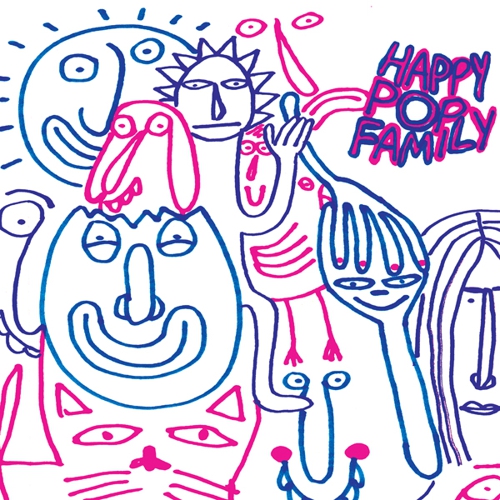 Happy Pop Family is the latest offering from Monomyth, Canada’s leading purveyors of mid-fi anthemic bedroom pop.?! Recorded in February of 2015 with Mike Wright (Each Other) at Montreal’s infamous Drones Club, the album has tweaked and refined the sonic palette of their 2014 debut Saturnalia Regalia.?! The resulting batch of songs is imbued with an almost Blake-ian wonder, delicately balancing like Charlie Chaplin on a taut guitar cable between innocence and experience.&nbsp;Though main songwriters / guitarists Josh Salter and Seamus Dalton (Nap Eyes’ bassist and drummer, respectively) are joined by a new rhythm section on their sophomore effort, the two keep everything in their Happy Pop Family by adding a pair of frequent collaborators.?! Multi-instrumentalist Scott Grundy (Heaven For Real / Quaker Parents) joins on drums while bassist Andrew Mazerolle provides scintillating low-end.?! 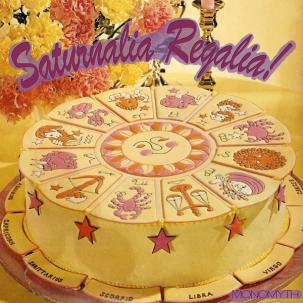 Monomyth is a crown jewel in the court of the crimson and clover.?! The Halifax four-piece carries on the hallowed East Coast tradition of janglophile pop with a smirking sense of humor, stadium-sized hooks and starry-eyed harmonies from the barbershop of broken dreams.&nbsp;The Monomyth monarchy is made up of twin tone guitarists Josh Salter and Seamus Dalton, stately bassist Graeme Stewart and soft touch drummer Matt Peters, with the frontline swapping songwriting duties and turns at the mic.?! In the tightly knit Halifax kingdom, their faces can also be seen in beloved local bands like Nap Eyes, Moon and Psychic Fair, plus previous projects including Bird World and Quivers.?! These dizzying rotations have resulted in an all-star sovereignty with a princely pop pedigree, ruling with a velvet glove and ready to conquer the next realm.&nbsp;Following a pair of self-released cassettes and a two-song quick hitter for tape label Craft Singles, Saturnalia Regalia!