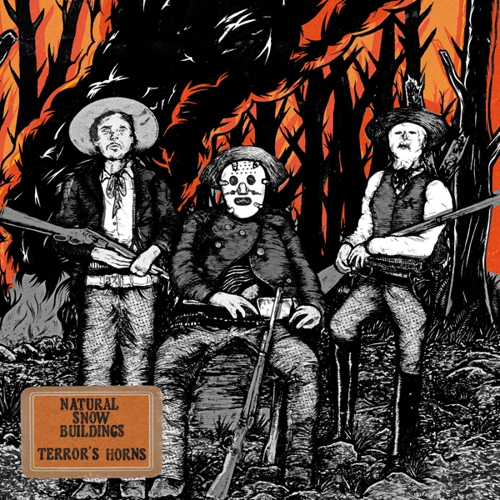 After a string of Natural Snow Buildings reissues, each more elaborate then the last, Ba Da Bing presents their first ever release of new material from the band. For a group known for its use of horror imagery and lyricism, perhaps the most shocking thing of all is that this album clocks in at just under 45 minutes. If there ever was a release that served as the proper entry point for Natural Snow Buildings, Terror’s Horns is it. It would be a stretch to call this Mehdi Ameziane and Solange Gularte’s pop record, for Terror’s Horns continues the duo’s tradition of combining many layers into sometimes blissful, sometimes contemplative, often menacing conditions. Stringed instruments trill, percussion gongs, feedback hisses and vocals maintain near monotone as if in a cultish trance. The songs still unveil themselves slowly, and the album’s progression lends the impression of descending down through the depths, past hidden cavities and chambers never to be unseen once experienced.  Terror’s Horns features new artwork by Gularte that pays tribute to the backwoods horror of massacres involving chainsaws. 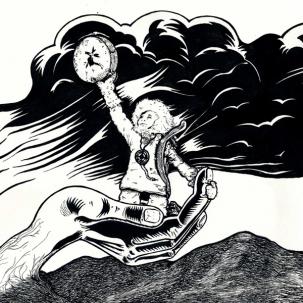 Following up on 2012’s fearsome four-LP box set Night Coercion into the Company of Witches, Ba Da Bing presents the second large-scale reissue of another obscurity from French duo Natural Snow Building’s past. Originally released on double-CD by the amazing Students of Decay in 2008, The Snowbringer Cult is a grandiose quadruple-album that combines Mehdi Ameziane’s and Solange Gularte’s solo projects, TwinSisterMoon and Isengrind, on disc one and their collaboration as Natural Snow Buildings on disc two. Ba Da Bing is reissuing the original double-CD, along with vinyl versions for each of the three releases, all with interconnecting artwork. The Natural Snow Buildings material on this double-album brings about an alternately luminous and perilous finish to the journey started by the Isengrind and TwinSisterMoon releases. Here, The Snowbringer Cult reaches climactic points of intensity, following all the tension from the  with grand payoffs. 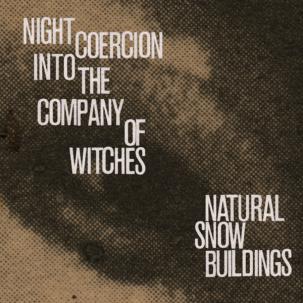 Night Coercion Into The Company Of Witches

Night Coercion Into the Company of Witches is the first domestic release by France’s mythic Natural Snow Buildings, a band revered in experimental music circles despite self-releasing most of their albums in ridiculously limited runs. The original Night Coercion... CD from 2008 was an edition of only 22 copies, so finally, the intense music that Mehdi Ameziane and Solange Gularte create on these tracks can be widely heard and appreciated. Fans of Popol Vuh raga drones, Flying Saucer Attack distorted bliss, The Dead C’s intuitive chaos, and Islaja’s oblique folk, take note. Natural Snow Buildings make melodic, orchestrated, droning compositions with layers of guitars, chants, woodwinds, percussive bells, distortion and delay. On Night Coercion Into the Company of Witches, they push to extremes, producing layers of stereophonic sound both nuanced and grandiose. This record is the ideal introduction to the band’s sound, building harmonies upon noise upon harmonies, and providing a clear explanation as to why their albums (even the ones that aren’t so limited) sell out so immediately upon release.  For the Ba Da Bing release of Night Coercion Into the Company of Witches, there are two physical formats. Like the original version, the album is available as a three-CD set, this time at the low price of a single CD release. Additionally, the limited four-LP box set has a new mixing job, done by the band to fit the record’s new vinyldom.