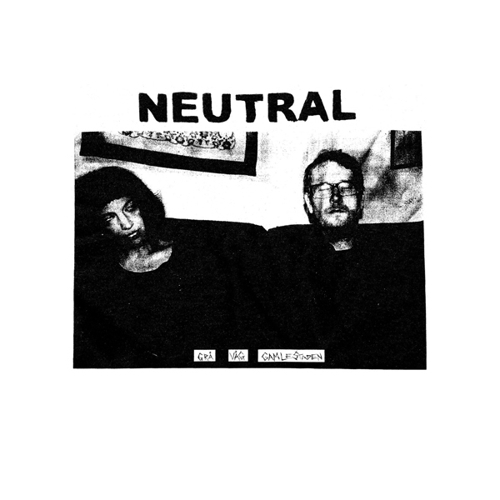 Neutral’s seminal album, Grå Våg Gamlestaden, is widely considered ground zero for the explosion of creativity that has transpired in the Swedish Underground ever since.?! It is the noisy experimental rock album that opened the door and welcomed in so many artists working behind the scenes.?! Gothenburgers Dan Johansson (Sewer Election) and Sofie Herner had previously made music together in the band Källarbarnen when they started discussing a new methodology and a fresh sound for recordings in 2013 under a new name as a duo.?! &nbsp;After witnessing Herner and Johansson’s live performance in an artist’s studio in the spring 2014, Gustaf Dicksson, who was running the Omlott record label at the time as well as performing under his own moniker, Blod, offered to release an album by Neutral on the spot.?! &nbsp;Herner recorded most of the instruments and voice, Johansson worked on manipulating the recordings, experimenting with reel-to-reel techniques.?!