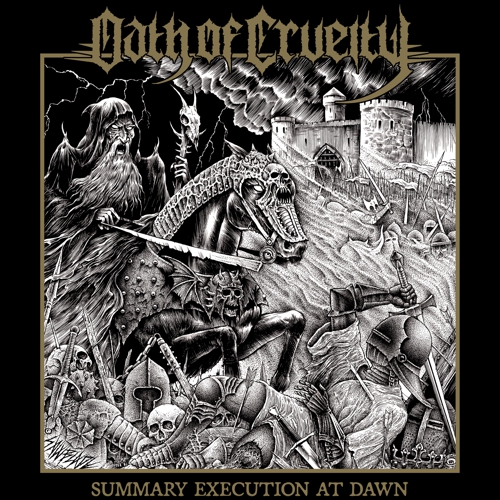 Dark Descent Records is proud to present the debut album from Houston’s Oath Of Cruelty.?! Having formed in 2010, the band has been honing their craft for nearly a decade releasing two demos and 2014’s Hellish Decimation EP.?! Summary Execution At Dawn is nine tracks spanning thirty-three minutes of death / thrash influenced by bands such Kreator, Sodom, Merciless, Slayer and more..?!