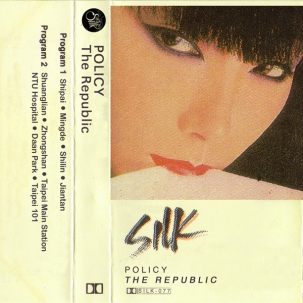 Last summer Francis Hsueh (aka Policy) revisited his childhood neighborhood in Taipei, where his parents settled briefly after fleeing China when the communists seized power in 1949.?! Despite its legacy of displacement and diaspora, he felt a communion by riding the city’s MRT train through hazily remembered suburbs and landscapes: “The sounds of urban life, of people going someplace, made sense no matter who or where I was.” This “steady thump of movement” led to the creation of The Republic, an essentially unbroken 50-minute piece of music, with each section named after stations along Taipei’s subway.?! Opening with the airy chords of “Shipai,” the album curves through expanses of phased percussion, melancholic organ (“Jiantan”), post-punk basslines, cryptic voice samples (“NTU Hospital”), street ambience, syncopated bells (“Daan Park”), and beyond.?! 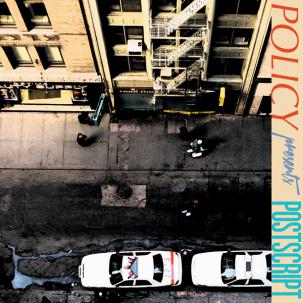 Manhattan filmmaker-turned-beatbroker Francis Hsueh, a.k.a.?! Policy, has unfolded a skewed yet chic house blueprint across the last three years—as evinced via a trio of EPs for rarefied dancefloor wholesalers such as Rush Hour and Argot—yet his latest may be his most assured and distilled to date.?! &nbsp;Postscript plays street dice with choppy electronics and stripped-back groove architectures, maxed out but close to the chest, splashed with off-grid percussive patterns and fractured jazz textures.?! Policy’s policy of artisanal layering has never been more elegantly executed; metropolis gems like “Postscript 187,” “Ghost in the Groove” and “Big Beast Anthem” swing and stutter, brisk and bouncy, graffitied with smoke-lounge keys, soft pad dub-stabs, synth-flute streaks, burnished brass, city grit.?! &nbsp;A uniquely contemplative take on funky uptown house by one of NYC’s rising talents, Postscript comes in an edition of 450 vinyl-only copies..?!