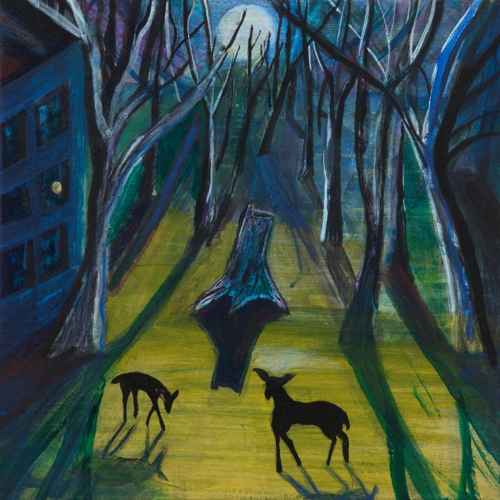 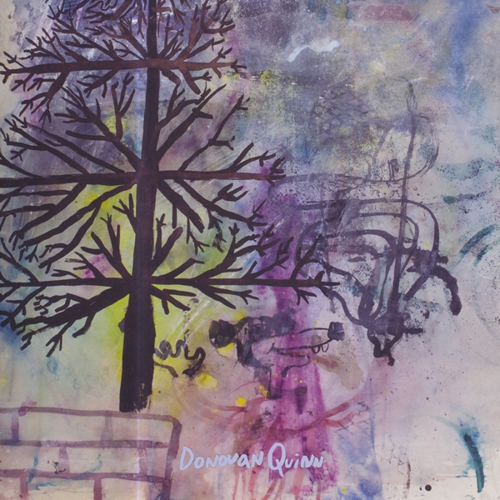 Dad Was Buried In His Leather Jacket

Donovan Quinn leaps back into solo activity with Dad Was Buried In His Leather Jacket, an EP of mostly uptempo story songs with character changes but consistent stories throughout.?! Quinn writes about those at the end of a long series of parties, in the penumbra around the fun, just before all the booze and drugs and casual conversation turn sour...&nbsp;A large cast of collaborators help create the atmosphere of trouble hiding behind fun.?! Quinn’s New Bums partner Ben Chasny adds devastating shredder guitar to “Game with No Rules,” while Glenn Donaldson, the other half of Quinn’s duo Skygreen Leopards, adds textural synth and sweet high vocals.?! Others on board include Elisa Ambrogio (Magik Markers), Jason Quever (Papercuts), David Novick, Michael Tapscott (Odawas) and Eric Amerman, all of whom push Quinn’s songs into surprising new places..?! 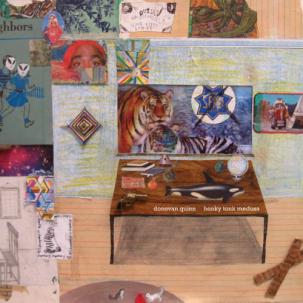 ***Honky Tonk Medusa is DONOVAN QUINN’s first album that he’s both recorded and produced since the SKYGREEN LEOPARDS’ adventurous Life & Love in  Sparrow’s Meadow.?! Along with Quinn’s work on vocals, guitar and synth, the album also employs San Francisco musician’s JASON QUEVER (PAPERCUTS), MICHAEL TAPSCOTT (ODAWAS), along with his regular rhythm section of NICK MARCANTONIO and MICHAEL CARREIRA.?! Working in reverse order to many current acts, the sound of Honky Tonk Medusa is molded to each individual song; letting the lyrics and spirit of the song dictate the instrumentation and style with the lyrical narrative tying it all together.?! The story of the album is one of decaying American cities, Internet age entropy, and equal parts romance and loneliness.?! In addition to the music the album features artwork by San Francisco artist JOE ROBERTS and liner notes by ELISA AMBROGIO (Magik Markers, 200 Years) and BEN CHASNY (Six Organs of Admittance).?!