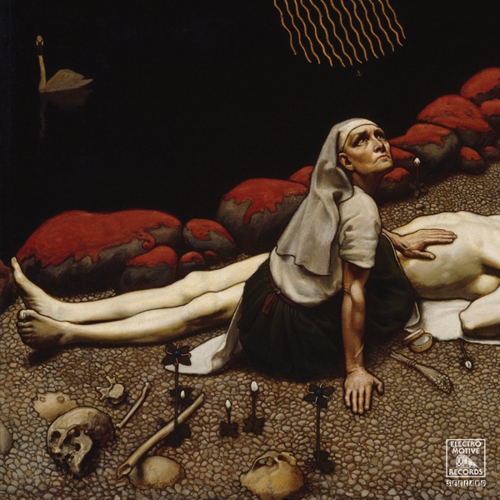 For years, the only way to hear the music of John Saint-Pelvyn was to search him out in one of Minneapolis’s notorious underground venues, or unearth one of his long out-of-print cassette releases.?! Finally, this double 10-inch record, a co-release between Seeland and Electro Motive Records, brings his idiosyncratic and very personal music out into the open air.?! Primarily a guitarist, the root of his playing is akin to traditional stride, but rich with quivering whammy bar wobble and shimmering feedback.?! He often plays the tailfin strings of his archtop like one would play harmonics, or retunes seamlessly mid-stream to create a shifting temperament across the length of a piece.?! An affinity for the likes of John Fahey, Loren Mazzacane-Connors and Sandy Bull can be heard, but the comparisons quickly fall away as one takes in his ambidextrous musical sensibility.?!