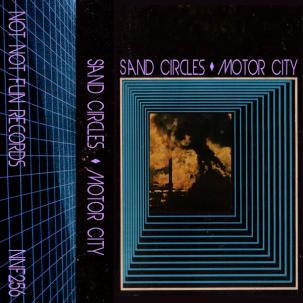 This is Martin Herterich’s second pass around the NNF circuit in his Sand Circles hovercraft (following 2011’s Midnight Crimes EP), and though the general schematics and engine design remain the same – aged drum machines, afterhours analog tape echo, faded synth riffs, derelict metropolis atmospheres – Motor City’s grace and execution place it in a superior division to anything else he’s tracked to date. A cool, loner narrative arc plays out across each side too: “Entering Motor City” across “White Sand” wherein there’s a “Downtown Holdup” in the “Innercity Haze,” before cruising back out of the urban sprawl, “Distant Lights” in the rearview, on through the “Endless Nights,” “Descending Into Space.” As with his last tape, the Sand Circles chemistry of transfusing reverb-refracted electronic horizon melodies with pulsing, primitivist warehouse-party drum machinery really succeeds in evoking this weirdly poignant bedroom/industrial reverie mood-sphere, and the 11 instrumentals of Motor City hit this interzone pressure point better than ever. 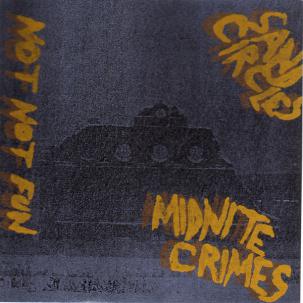 A new name in our Scandinavian jam rolodex is Martin Herterich, a youngish Swede with a closet full of vintage synth rigs and drum boxes and old echo units who tracks woozy instrumental mood-grooves under the Sand Circles moniker and helps book shows in his local art hoods. Midnight Crimes is his debut EP and showcases the prism of styles he can navigate, from minor key shadow-trance soundtracking to more propulsive fog-rhythm cruiser themes to weirdo hook-heavy synth-bounce anthems (drink in “Infinity Pool” for proof). A focused language of cool sonic hieroglyphs get raked and shaped in the Sand Circles zen rock garden, quite pumped to survey what comes next.