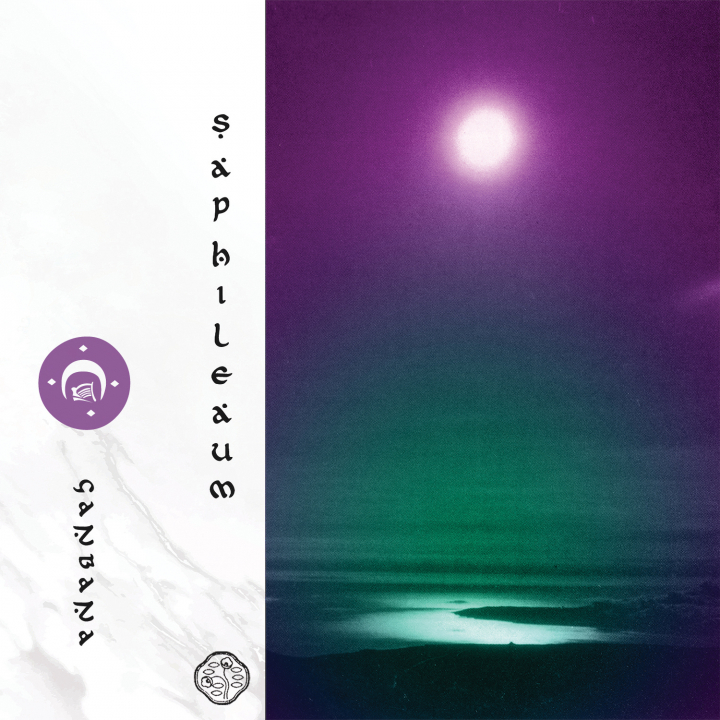 Multi-media mystic Andro Gogibedashvili aka Saphileaum’s latest slate expands his “spherical ambient” lexicon into increasingly celestial terrain, inspired by visions of galactical oases, sparkling starscapes, and elemental serenity. Ganbana takes its title from a Georgian word for ‘cleansed by water,’ which aptly characterizes the album’s six liquid-tribal compositions. Rolling oceans of hand percussion flow below soothing swells of electronics, streaked with ocarina, insects, and sitar. Snippets of mantric voice occasionally cut through the devotional trance but otherwise Saphileaum’s world is one of solitude and ascent, attuned to a time and space outside our own, where “a second is a century, and a century a second, as the waterfall of cosmic nectar is poured over your being.”