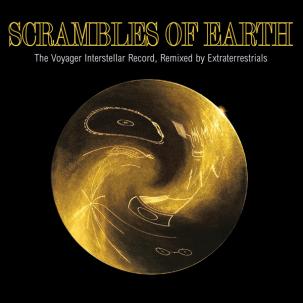 Scrambles Of Earth: The Voyager Interstellar Record, Remixed By Extraterrestrials

In 1977, NASA launched the twin Voyager 1 and 2 spacecrafts, fastening to each a phonograph album containing sounds and music of Earth.?! In 2010, the Search for Extraterrestrial Intelligence in Exile (SETI-X), a dissident offshoot of the better-known Search for Extraterrestrial Intelligence, received transmissions believed to be extraterrestrial remixes of these records.?! The Scrambles of Earth CD contains the 70 minutes--in some 24 sound segments--that SETI-X has so far been able to reconstruct.&nbsp;The scientists of SETI-X, finding their colleagues skeptical and their institutions unwilling to vouch for or make available the sounds they had received, at first sought contact with the principality of Sealand, in hopes that this micro-nation dedicated to stewarding controversial data might channel extraterrestrial sounds to a broader public.?!