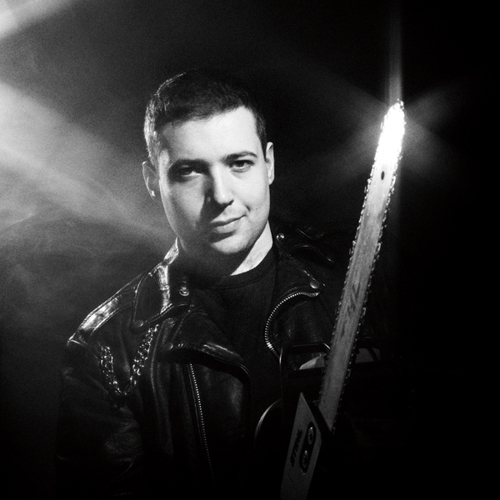 If you don’t know Sick Thoughts, you don’t know punk.?! The band is the mighty Drew Owen.?! Baltimore born and bred, he then up and moved to the swamps of New Orleans while still a teenager.?! The general consensus was he’d be another casualty of The Big Easy decadence, and would soon be seen hitting up tourists for money on Bourbon Street with a dog on a rope.?! But somehow he got hooked up with the best (worst?) folks in the city and kept making great music.?! That, and the fact that forty-ounce bottles just bounce off his head, have kept him alive.?! Rock and roll romance and the promise of socialized health care sent him to the (imaginary?) home of Killed By Death punk, Helsinki, Finland.?! Which makes perfect sense—this album is like the perfect KBD record, full of buzzsaw guitars, machine gun drums and hooks that hit like a tire iron.?! 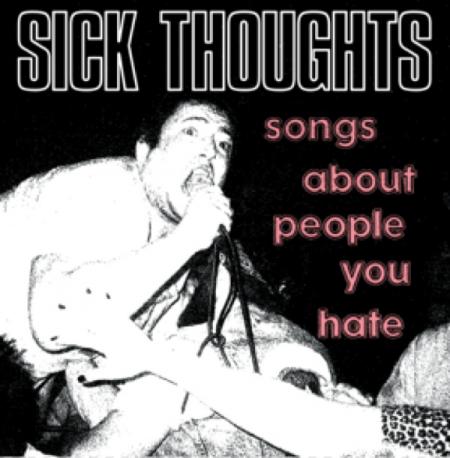 Songs About People You Hate

SICK THOUGHTS is a one-man punk band that needs no introduction; partly because the band’s international notoriety can easily precede itself, and partly because every other notable record label, music outlet, and bottomfeeding venue has thoroughly suckled the band’s teats in the four or so years it’s been active.?! If Sick Thoughts’ massive discography—easily amassing to 20-something records released by labels all around the globe—is any indication of its reverence, let alone quality, then it should be immediately clear that Sick Thoughts is worth its salt.?! Either that, or Sick Thoughts’ sole creator, DREW OWEN, has got a metric fuckton of songs he wants released and a nice set of lips to get the job done—if you sniff my drift.?! And this doesn’t even take Drew Owen’s multitude of side projects into account, such as DD OWEN, CHICKEN CHAIN, BLOODY MASTER, LS DOGS, BABY'S BLOOD, DEFORMITIES, and so on.?! 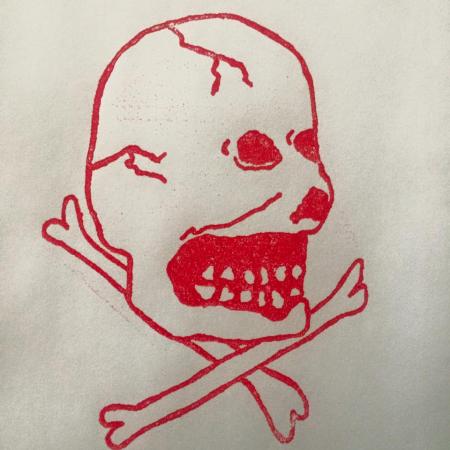 ***It's finally happened! Total Punk and DREW OWEN together at last.?! America's shittiest teenager and America's shittiest looking record label have joined forces to give you the single of the year.?! I was in the "he's putting out too many records" camp, but if he can keep knocking out songs like "18 & Free" and the b side "Choose Death" then you will hear no more complaints from this guy.?! "18 & Free" is an instant punk classic.?! 100% TOTAL PUNK!.?! 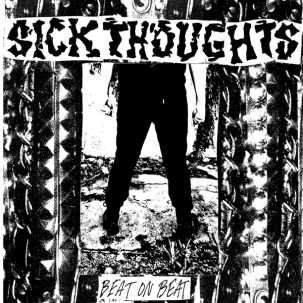 Sick Thoughts is a Baltimore-based band consisting of the teenaged Drew Owen and assorted neighborhood louts.?! But usually just Drew.?! Although his early music began in the Reatards / Dead Boys / Carbonas classic punk rock, crash-and-burn aesthetic, on recent releases he has progressed into less-obvious yet thorny and personal DIY / KBD territory.?! A relentless recording machine, he has released many singles and LPs on many labels.?! This is by far the best yet..?! 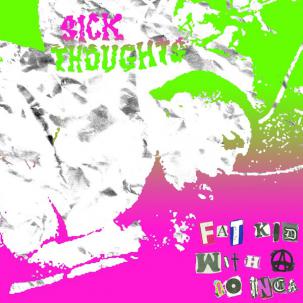 ***Have you ever been to Hanover, PA?! I‘ve spent time there, and It’s WEIRD.?! Hanover is lousy with mongoloids /Juggalos and slack jawed farm people.?! DREW OWEN, otherwise known as SICK THOUGHTS, was born there, and through the benevolent seer abilities of his dad was fortunate enough to escape to Baltimore, MD, currently ranked in the top 30 most dangerous cities in the USA.?! Monsieur Owen has somehow overcome his geographically debilitating boundaries, and with the aid of no one but his own 17 year old genius, has vinyl releases on labels from Italy (Goodbye Boozy), Sweden (Ken Rock), Zaxxon (Canada), and a few American imprints, including an upcoming single on Memphis’ finest, Goner Records.?! This large hole 10” on Black Gladiator is the nastiest recording we’ve heard yet from this pudgy, pimple faced fuck.?! 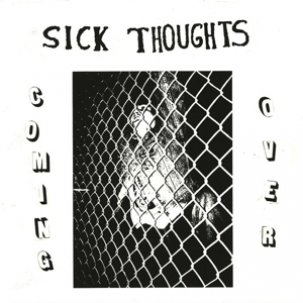 ***Three new tracks.?! There's a few SICK THOUGHTS records out, but this is a shining star.?! Sure, it sounds and looks similar to the Reatards...?! do you need a college degree and an iPhone to figure that out?! Did you not love those records when they came out?! Because I did and I still do.?! Drew cites GG Allin as an influence on this one, and I agree.?! Sick Thoughts LP out this year on Going Underground ("Home of the Hits")! Edition of 400..?!