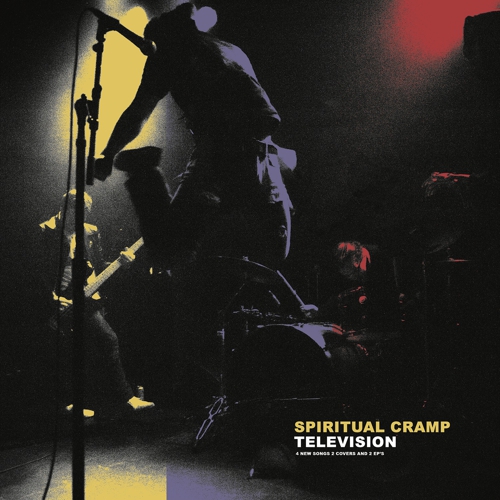 ***BACK IN STOCK!!!  “After two EPs (React! and Deranged Records) and a self-released demo, comes Spiritual Cramp’s debut 12-inch.?! Combining Sandinista-esque experimentation with modern alternative rock might be something that scares away the leather and spike crowd but that’s only if you’ve been pretending The Clash didn’t write some of the best rock ‘n’ roll songs the world ever knew.?! A merging of classic UK punk with some modern aesthetics manage to create a sound that is a welcome American take on classic UK punk.?! They’re even bold enough to exploit the reggae influence that was moving through bands like the aforementioned [The Clash] and Stiff Little Fingers.?! This new 12-inch catches you up by repackaging the 7-inches with a set of new tracks including a Sex Pistols and Billy Bragg cover.?! The influences are worn on their sleeve and brings to mind the kind of bands that would have gotten me into punk in the first place.?! 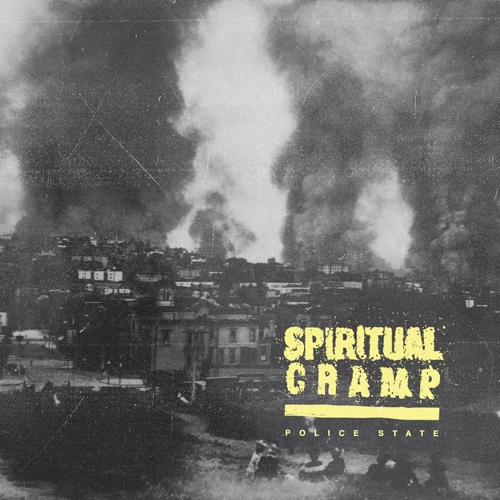 Spiritual Cramp exist in a strange vacuum somewhere between David Byrne's oversized suit and a bar fight between a bunch of drunk goons on Polk Street in San Francisco.?! Citing sources from early Dub-influenced The Clash, Blitz and The Modern Lovers, San Francisco’s Spiritual Cramps new EP Police State”picks up a where their last EP Mass Hysteria left off, just a bit more torqued. Hate for the police, the government, the status quo and himself are reoccurring themes in Michael Bingham's lyrics while toxic bass tones go heavy with solid drums and guitars on the full upstroke or full downstroke depending on which way the wind is blowing.?! Spiritual Cramp, it's over. Spiritual Cramp features ex-members of Creative Adult, Fearing, Profile, and Primal Rite. “Danger, mystery and youthful restlessness have long been vital elements of rock ‘n roll.?!