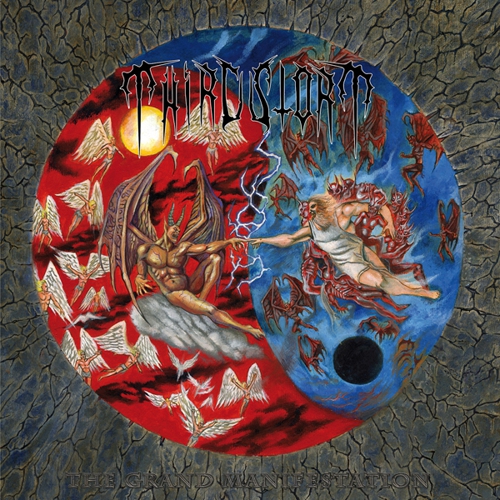 "In the past, not many knew of the Swedish black / death metal band Third Storm, still they managed to keep this beast going from 1986 - 1988.?! Other than founding member Heval Bozarslan, the lineup was completely different back then.?! Four 14-15 year-old crazy metalheads who worshiped extreme metal of that time and wanted to make their own noise in their home town Uppsala.?! Perhaps they were not very talented musicians back then, not strange since they were only kids, but they did a dozen shows and a couple of rehearsal demos before splitting up way too soon.?! Years passed, each member went their own way and the band dwelled in obscurity till 2014 when two original members, Heval and guitarist Jimmy Eriksson awakened this beast once again.?! Two new members joined, David Eriksson (guitar) and Daniel Ekeroth (bass), and session drummer Johan Ericson helped the band to record their EP Taritiya Me which saw the light of day in the fall of 2015 on Dark Descent Records.?!