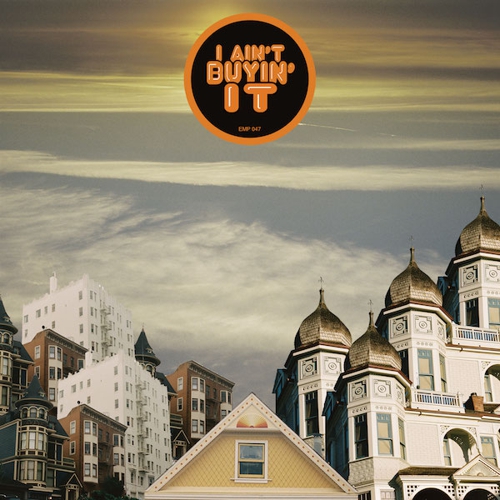 I Ain't Buyin' It

“Pat Thomas has been known as a driving singing / writing / bass-playing force behind San Francisco band Cool Ghouls for years and, over those years, in tandem with the band’s group effort, has cultivated an interesting voice as a solo act.?! ‘Solo’ isn’t really the correct word though because the tracks on I Ain’t Buyin’ It showcase recordings complete with fully fleshed out arrangements, not unlike other ambitious California classics like The Beach Boys or Love.?! These comparisons seem lazy, given the obvious associations of the west coast with this sort of sonic imagery, which bands from San Francisco or LA—but SF especially—are seldom able to shake off.?! But at the entry point of this record, you welcome it as you would a lover of this style.&nbsp;“As this album’s initial feeling moves forward, you get better acquainted with Thomas’s idiosyncratic song-writing and production style, which are playful and groovy and light-hearted.?! 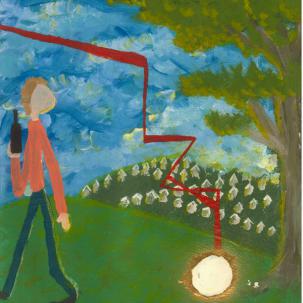 Coasters Riding In The Air

Introducing one quarter of San Francisco’s Cool Ghouls, Pat Thomas! He’s the tall dude who plays the bass.?! He also writes one third of the Ghouls' songs.?! Coasters Riding in the Air is a collection of songs written, performed and recorded by Pat Thomas.?! &nbsp;The Cool Ghouls have made a name for themselves.?! Their soulful tunes and energetic live set have earned the band back-to-back slots with toast of the coast acts like Sonny and the Sunsets, Thee Oh Sees, The Fresh and Onlys, Mikal Cronin, Fuzz, Magic Trick and Shannon and the Clams etc., and they have no plans to slow their role.?! It has been less than a year since Cool Ghouls released their self-titled debut with Empty Cellar and Burger Records, and a new full-length album (recorded by Sonny Smith) is already in the can.?! The above in mind, one might guess that the Ghouls have their hands full; but like label-mate and fellow San Franciscan, Tim Cohen… Pat has more songs than any one band is prepared to handle.?!