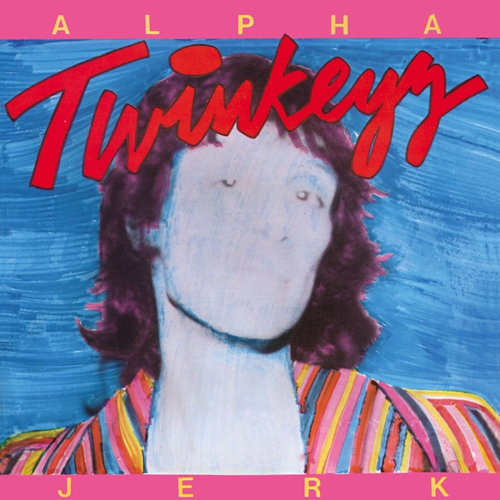 From Sacramento via outer space comes The Twinkeyz and their Alpha Jerk LP, restored to excellence after 40 years!&nbsp;During the sizzling hot summer of 1976, Donnie Jupiter, Tom Darling and Walter Smith decided to break out of their boredom with a band.?! The group was named after Pink Fairies drummer Twink, and influnced by the Fairies, Velvet Underground, Thirteenth Floor Elevators and other underground favorites.&nbsp;In 1977, The Twinkeyz recorded and self-released their classic first single, “Aliens in Our Midst.” 1978 saw its followup, “E.S.P.?! / Cartoon Land.” And in 1979, the album Alpha Jerk was released on the Dutch label Plurex, run by Wally Van Middendorp of the Minny Pops.?! Though the songs on Alpha Jerk were great, the final mix was botched and the mastering job flawed.?!

***A collection of the best studio recordings from late 1970s Sacramento garage psych legends, the TWINKEYZ.?! Thirteen tracks featuring all the songs from the band's original singles and LP, plus two cuts never issued on vinyl prior.?! Deluxely housed with a full-color sleeve designed by group member DONNIE JUPITER and packed with an insert with liner notes and a photo.?! Power pop punkin' at its very best/.?!