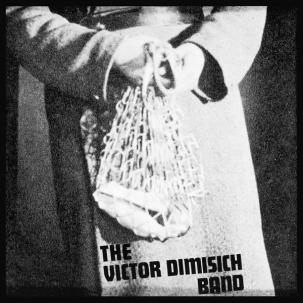 Siltbreeze is proud to announce the long-awaited vinyl retrospective of perhaps the most elusive of all Christchurch ensembles, The Victor Dimisich Band.  Originally released in 1983 on Flying Nun in a minuscule edition, the band’s lone self-titled 12-inch has become a cult classic more sought-after than owned. Through the intervening years, both the Xpressway and Medication labels issued cassette and CD compilations of the band’s material.  With a unique sound that fused an almost gothic styling with warbly desert psych à la 13th Floor Elevators, The Victor Dimisich Band created its own genre, one that still has not been been aptly codified to date. Membership included Peter Stapleton (Vacuum, Pin Group, Scorched Earth Policy), Stephen Cogle (Vacuum, Terminals), Alan Meek (Vacuum, Bilders), Tony O’Grady and Mary Heney (25 Cents, Scorched Earth Policy). Historians and enthusiasts know that Heney replaced O’Grady just prior to the recording of the 12-inch, as the former had become a born-again Christian and sold his equipment. So there you have it.