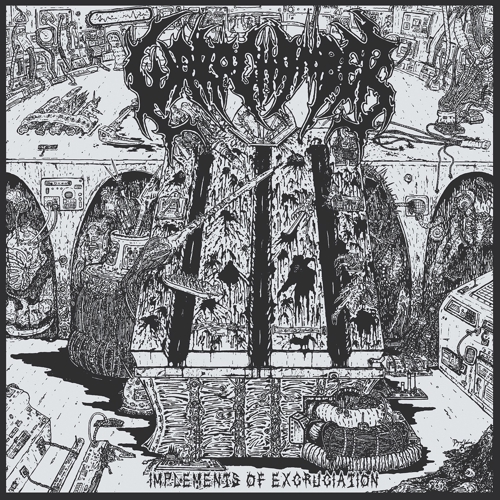 Pacific Northwest abnormal death metal oddity Warp Chamber create a raw, nightmarish and twisted sonicscape of otherworldly cosmic horror that attends to the likes of the old school Finnish, Swedish, and American death metal scenes, while creating a putrid and celestial atmosphere through its own abominable vision. Their 2018 demo tape Abdication Of The Mind made a big impression, channeling the band through the consciousness of the American death metal underground. Their debut album Implements Of Excruciation will bring awareness to the unit as another singular entity to behold.