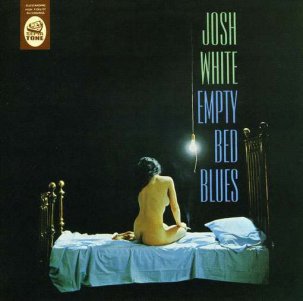 Political activist and sex symbol, downhome bluesman and urbane stylist, Josh White’s credentials as a genuine representative of Southern blues and gospel traditions were undeniable.?! Empty Bed Blues was his final record for Elektra, and this reissue should help reestablish a place in music history for this remarkable musician who has received relatively scant attention in blues circles over the past decades.&nbsp;&nbsp;With Elektra White rode the wave of the ’60s folk revival, subsequently becoming one of the most popular performers on college campuses.?! With hundreds of amateurs jumping on the folk music bandwagon, White stood out with his brilliant guitar work, radiant stage presence, and seasoned professionalism.&nbsp;&nbsp;White relied on his past repertoire — songs that were unfamiliar to his new audience and beloved by his old fans.?!